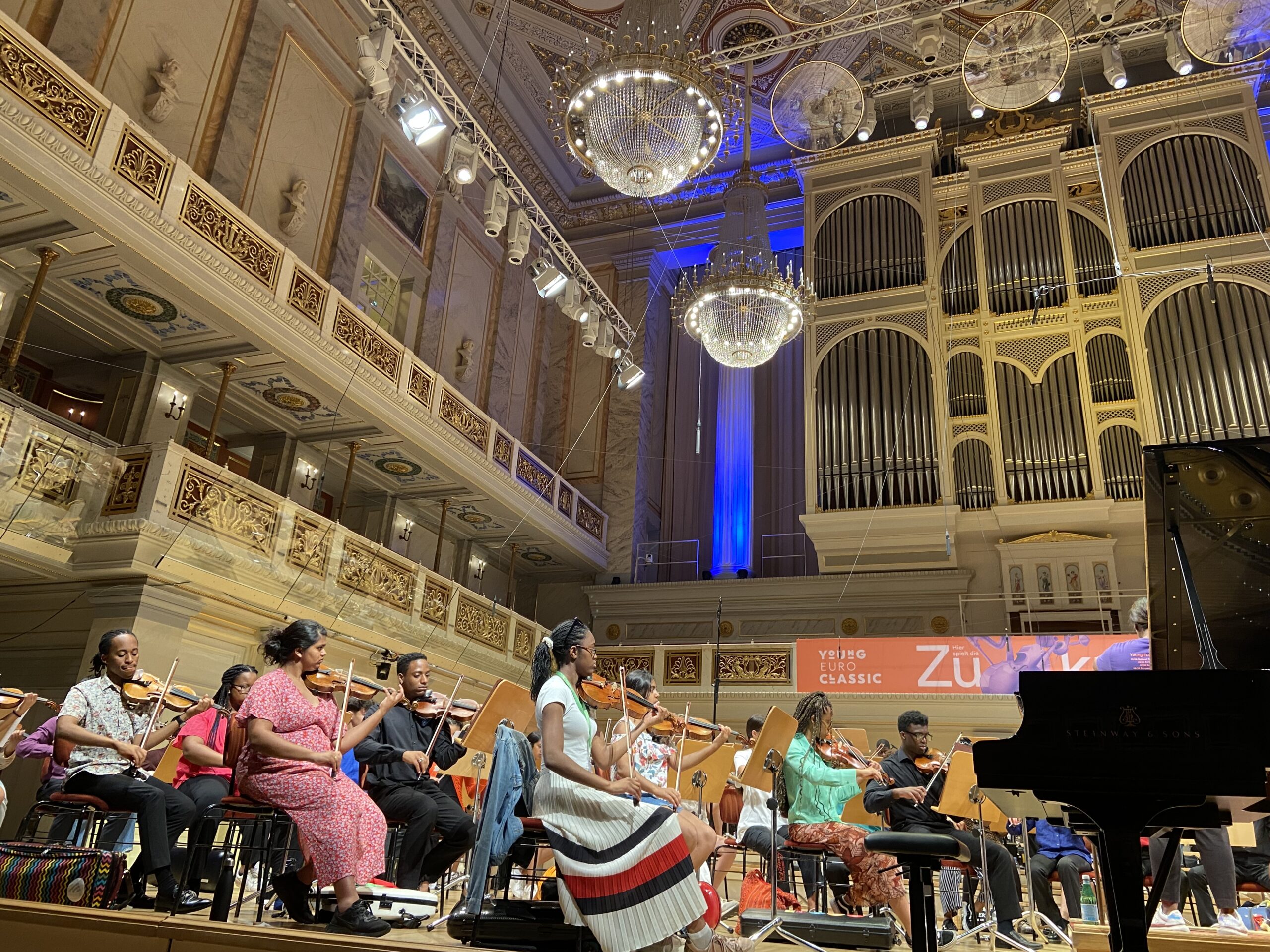 Ben and Isaac, both 26, are frenchhorn players in the British Chineke! Orchestra. Ben is also mentor for the brass section. He started playing horn when he has 12 years old, he grew up in a very poor part of North East London and was very lucky, he says, because a charity institution helped him develop his talent. Ben has been working with the Chineke! Juniors for a year and with the Seniors for two years. Isaac started playing horn when he was seven. He is from New Zealand originally and grew up in Melbourne, Australia. There, they were given free instruments, and later Isaac got a scholarship from middle school up to university, which made it financially viable for him to become a professional musician.

Both Ben and Isaac are thrilled by the phenomenal Venezuelan conductor Glass Marcano. „Her musical communication is amazing, so expressive, so clear, amazing for the kids, she responds to everything, she does so in real time and is giving every bar music intention.“ Ben tells us that it is a shame that the audience does not get to see her expressive face. Glass is 25 years old and has already achieved a lot. In 2019, she reached the semi-finals of the first edition of La Maestra conducting competition.

The idea of the orchestra is that classical music should be for everyone and should not be blocked off according to the color of your skin or where a person is from, the way you speak or the amount of money you earn, in order to have a totally inclusive art. „In fact, in England arts are the first thing that the money is taken away from. Whereas in Germany, arts are so well loved and funded“, Ben sighs. Chineke!’s goal is to change the industry slowly. Ben grew up in London and therefore had an accent from the capital. After working in the industry he now speaks a lot more posh, clearer, middle class like. This, however, he regrets now as he feels that he should not have become part of the industry in that way, ultimately meaning to conform and only to be accepted. „Fortunately, in 2022 kids are growing up in the orchestra studying classical music at university or college and they have not changed their accents and that is amazing – times are changing!“