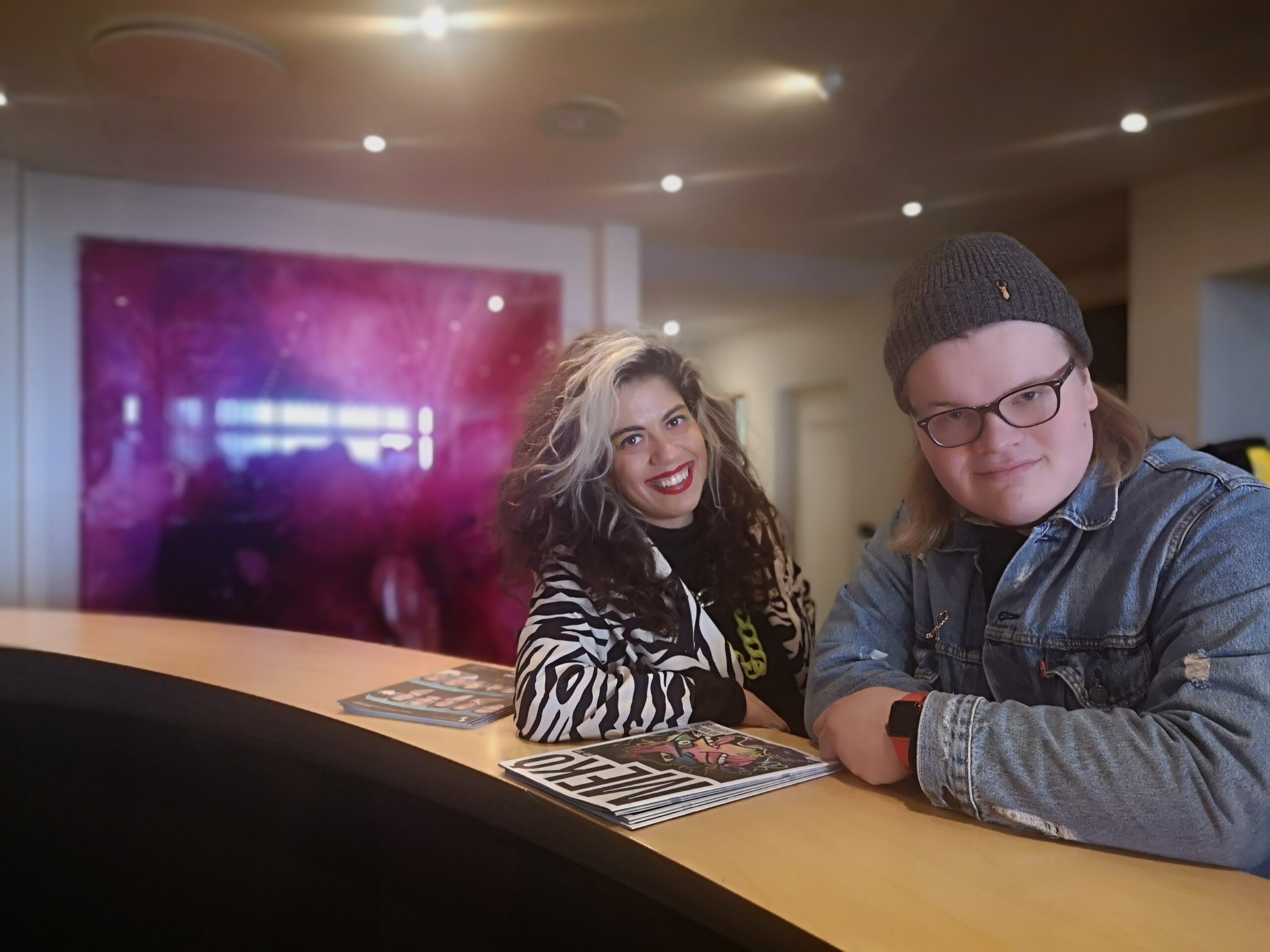 Marcella Lucatelli is a composer and a performer at this festival and is working closely with the Pinquins. She wrote „There is a Load to it“ a very theatrical performative piece in which the audience has to focus on several things at once. One performer runs around like crazy, trying to catch the audiences attention by throwing marbles and popping balloons – as if she was trying to escape from isolation, while the other two are shaking rattles as in a daily routine. Marcela wrote it in 2020, during the pandemic, she was asked to write it for a festival in Oslo and the piece was premiered outside in that festival due to rising cases of Covid. This was the first time the Denmark based Brazilian and the Pinquins collaborated.

Marcella is not only a composer but also a vocalist as well as a percussive pianist. She started as a classical singer and was interested in making her own staged works, really pushing the visuals and the moments as well as the aesthetics of it. Therefore, she became a composer accidentally, she says with a smile, „It just kind of happened.“ That is how she got into new music. Marcella does have a solo career where she is basically a one person band and is performing a lot of art, but she loves working with other people and forming close collaborations with people all over the world.