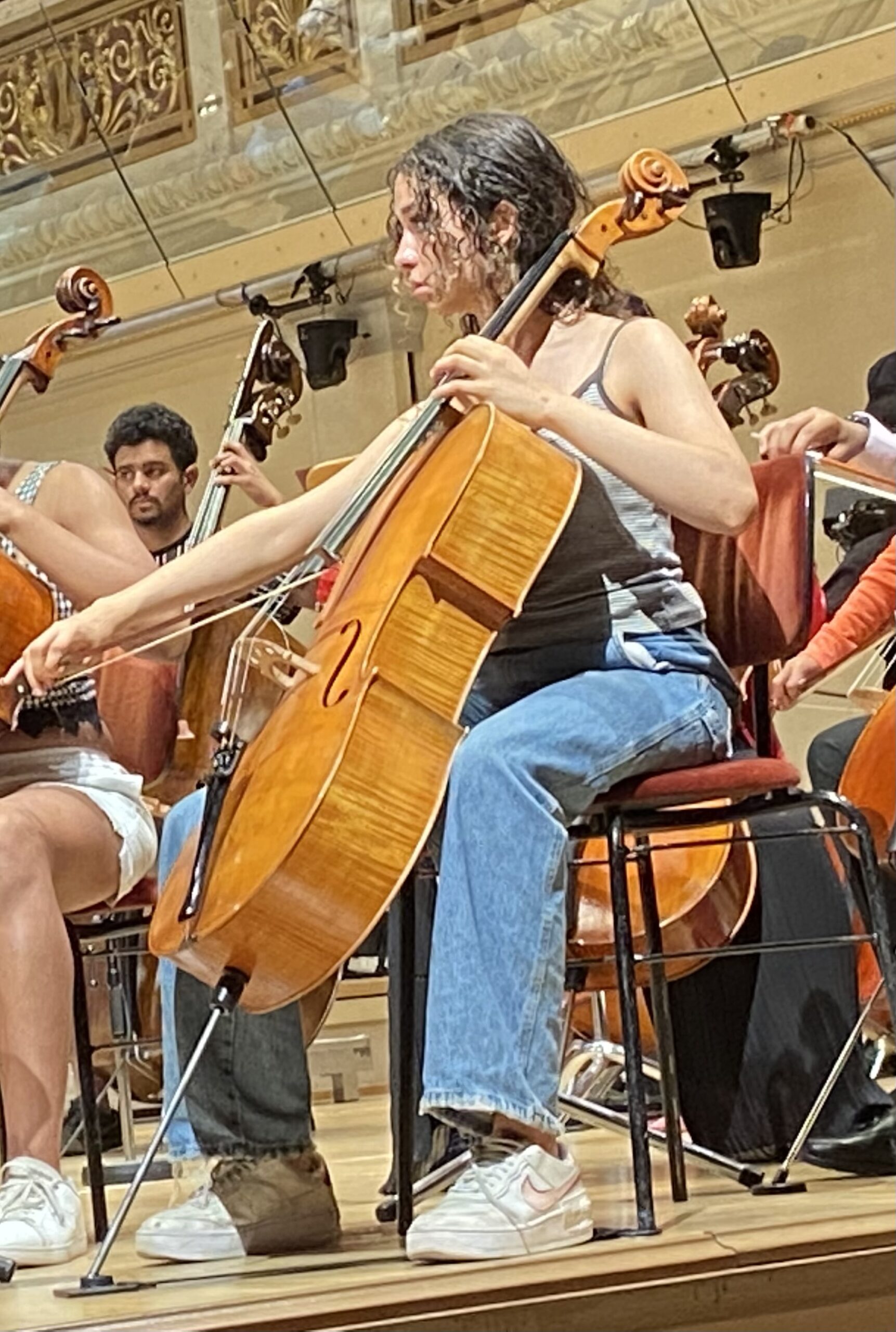 The sun shines brightly over Berlin-Mitte and as I look over the street, a girl with a blue white striped spaghetti top, light blue jeans, dark brown curly hair, green eyes, white sneakers with the pink Nike logo and a big smile is approaching the YEC reporter team. She just got back from having fish and chips after an intense dress rehearsal for the concert tonight.

It’s Layla who turned 18 last month. She is from England and is part of Chineke! Orchestra (Chineke! meaning „Wow“ or „all good things“ in the Nigerian Igbo-language). The musician sits left to Glass Marcano, the conductor, and is the first cellist. It is no coincidence that Layla is part of this stellar orchestra. Playing piano and cello at the age of three and getting regular lessons one year later, Layla has been in touch with music all her life. Chineke! was very fortunate to have gotten her to be part of their orchestra, she was still a child and joined this brilliant musical ensemble in 2017.

Chineke! looks for diversity. Therefore, they aim at having different types of musicians with varying qualities. They need interesting, talented, curious people and most importantly unique young human-beings. „There clearly is not a scale to measure people by“, Layla tells us – it is every individual on their own that can convince the Chineke! audition team to be part of the orchestra. This is what shapes Chineke!’s concept of having an ethnic minorities orchestra. They do not focus on a person’s outside but on their inner talent. Sadly, in our modern world we still have a lot of racistic attitude and due to that Chineke! was founded in the believe to provide an orchestra for all ethnic minorities to feel save and loved. As a result of this concept, all musicians are able to play their pieces very well and accurately. That shows that the environment which is a person is in, plays a crucial role on their well-being and ability to work diligently.

What interests me most is what Layla experiences to be the best about music, „The community it brings. Often a lot of similar people seem to exist playing music and you end up making the best friends. And I think the music only brings you closer in that way and makes your friendship more intense and better.”

This is the first international tour of Chineke! Juniors, aged 11-22. It is Layla’s first time in Berlin and she very much likes Germany’s capital!