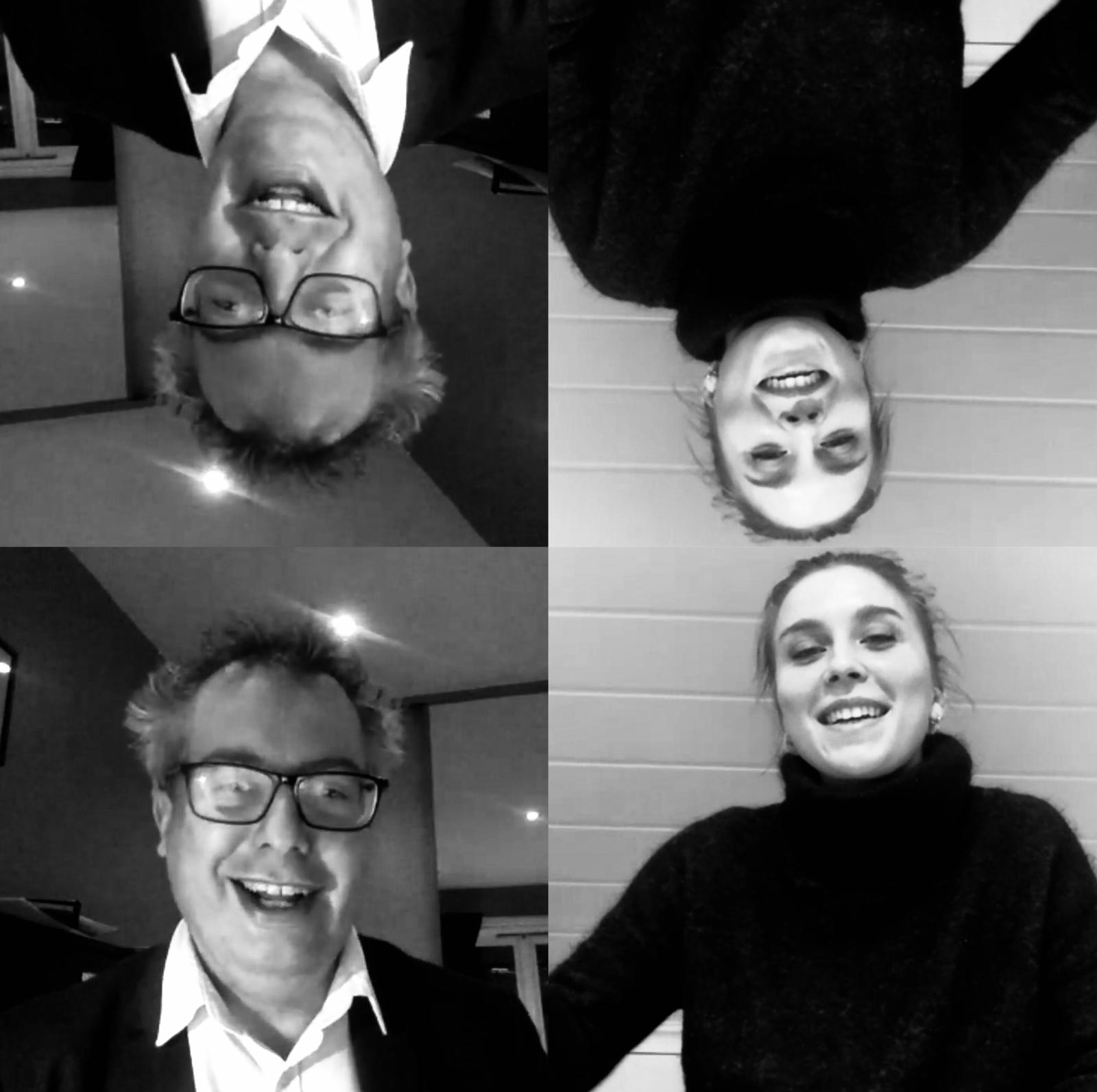 It can be challenging for us, when we cannot find clear answers to our questions. Our need of constantly being able to check the facts has become a possibly unconscious, yet very important tool in our everyday lives. During the last year of pandemic regulations coming and going and coming again, we have all together witnessed a situation of complete confusion and frustration. No one could answer our endless stream of questions – how, why, and for how long?

During an interview with composer Dániel Péter Biró, the idea of unanswerable questions comes to us in the context of music. Biró started his studies in Hungary, and has since the beginning of his musical career both lived, studied and worked in many different parts of the world. He has a unique background, having studied guitar, composition, music theory and chamber music, as well as a PhD in music and Judaic studies from Princeton University, comparing Hungarian, Jewish and early Christian ritual and notation practices. In other words, Biró has a fundament of such interestingly combined and specific knowledge, that you could assume he would have the answers to any questions you might ask him about his compositions. But as we start talking, it seems that deep competence does not necessarily equal a thousand answers – and maybe that is exactly the point, that the more you know, the more you know is still left to be discovered.

Biró explains that for him, composing is often a slow and detailed process of narrowly thinking every aspect of the piece through. The paradox is however, he says, to question the meaning behind a musical piece or the reason for a composition, might be just the wrong way of discovering it, both in the process of listening, but also of composing. He says that he ideally wants to discover the piece while he is writing, along the way, and that he suspects some composers to find writing a bit too easy, because they do not let the music come to them through giving the process enough time and consideration. Concerning his premiering piece for the opening concert of the ECLAT Festival ‘Asher Hotseti Etkhem’ based on texts by philosopher Baruch Spinoza, one is eager to find out more. What is it about? What was his inspiration, whom is it really for, what should one be left with after hearing it, what is the message? – „I think maybe not so much I have a message with it, but maybe the piece has a message with it“, Dániel Péter Biró says.

Hmm. So, even with a narrow preparation and clear vision during the making of a composition, not even the composer himself must have a clear idea of what the piece is supposed to mean – for you, for me, for that guy on the third row. During our chat, Biró does explain some of the story behind the piece, about the link to Portugesian and Lebanesian Torah recitation, and the connection to the texts by Baruch Spinoza. And as an interviewer, I do get a clearer picture of what the piece might be about, but then, as I sit down in front of my screen to watch the opening concert…

Voices, shimmerly whispering. For short glimpses interrupted by sounds of as if someone in the ensemble was clearing their throat, yet somehow in a beautiful way, building a huge harmony of sound. I imagine someone begging to be able to speak out loud what they have been bearing in mind for a long time, but somehow they cannot find the words. Here and there stunningly beautiful soprano voices shine in high notes, for a short moment in what can be perceived as tonal harmonies. The video shown on top feels like an illustration of a never ending journey, maybe even an escape, as the pictures on the screen behind the stage move quickly from one station to another, goosebumps start spreading all over my arms, I start to feel worried, as if I should also be running somewhere..

I realize that the piece I thought I knew, turned out to tell me a completely different story than what the composer himself explained in advance of the concert. It makes me feel things, it makes me wonder, feel unsettled, it touches, it worries me. So then, what can such a piece, mean to every single different person listening? It takes us back to the very beginning. We learn from an early age to question, search – and find out. It can be overwhelming to not find an answer, to be forced into letting your own perception be the only truth for a moment of time. Staying curious and finding out things on our own can be both difficult and scary. By the end of our conversation, I ask Biró if he ever finds it scary to compose, and if he finds it challenging to stay curious. No, he does not think it is scary. But he says that there might always have to be some sort of risk, in order to feel like a piece can bring something new, because if not, why do it? – „I don’t find it difficult to be curious. There is simply too much to see”.

It is quite admirable that one still feels this way after a pandemic year with a brutal focus on all the things that we are not allowed to do. But thankfully, music can never be defeated, never be silenced, and not only bad things have come out of this difficult period. The world has been turned upside down, which simultaneously has forced us to do the same; see things in new ways, turn things around to give them new value. We have had to learn that sometimes, no one is ready on the other side to tell you what this or that really means, what the point of it is, how tomorrow will be.

And maybe, that is actually just very exciting.