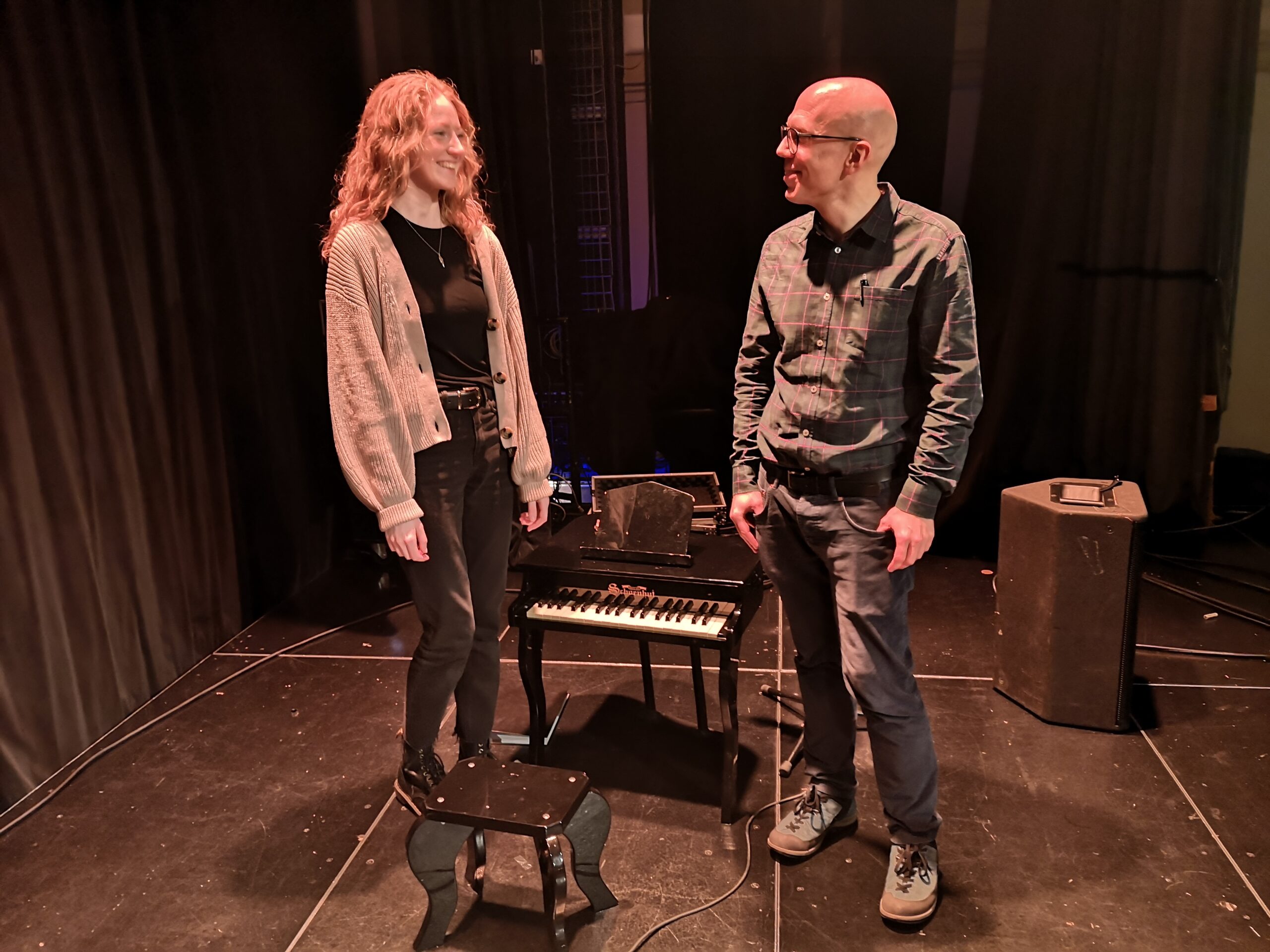 Last Wednesday I went to a Nordic Music concert starring Siggi String Quartet. They had two guest performers in Fabian Svensson’s „Five Obsessive Movements“, playing a melodica and a toy piano. I had a little chat with the pianist, Erna Vala Arnardóttir.

How did you feel playing the toy piano?

I felt good. It was an interesting challenge to take on. I have never played on a toy piano before, so this was a brand new instrument for me. Very fun.

How come you were invited to play with the Siggi String Quartet? How did you react?

They contacted me and asked if I would be interested to perform with them. We have once before performed together at the Ung Nordisk Festival in 2017.” I thought it was an exciting project to do and nice people to work with. It´s always fun to accept ridiculous challenges like this and familiarizing yourself with a new instrument in one week.

How much time did you have to prepare? I understand it was a pretty short notice.

I had only one week to practice and to become familiar with the toy piano which you really need to adjust to. It is really a smaller version of the piano, but the mechanism functions a little bit differently than a full size piano. The hammers are not hammering strings, instead they are hitting metal bits that are filed down to size to form the correct notes, which makes it much harder to phrase and express notes than on a real piano. The notes themselves, the keys or buttons, that is. So you kind of have to sort of shrink your hands or tighten your hands. You can´t do any crescendos or diminuendos.

But despite all that, war there anything that surprised you when playing the toy piano? Maybe do something that a regular piano couldn’t do?

It is obviously a completely different sound, sort of bell a sound. When I accepted the part I was barely familiar with it, hadn´t even seen one before, so I had no idea how it sounded so it was fun to get to know it.

What was your opinion on the music itself and Fabians composition? (Fabian Svensson, the composer of the piece)

It was fun to play. With it came unique challenges. It was hard to keep it together because the rhythm was very complex at times. Despite that I thought it all came very well together in this interesting mix of instruments, the toy piano and the melodica. It fit the music very well.

How did you interpret the music yourself. Did you feel like you were in a dollhouse or bring you back to baby years?

No, not really. I didn´t think the music itself was necessarily referencing something childish, but instead the sounds from the toy instruments were creating a new colour and adding to the colouring of the string quartet, which I thought was a good concept.

Haha. Næs. That is great to hear.

Like when you were jumping back and forth with the melodica, and when you did the glissandos.

I heard from one girl and her experience was it isn´t really the kind of music you could sink into and meditate to like you do sometimes when you attend a concert, instead you are so focused and so much that is going on. I thought it was a fun piece.

Any favorite moment from this project that stands out to you?

One funny thing that happened during the practice sessions. There is always a certain pressure when you are working with the composer of the piece who you don’t really know and don´t know what they want or are expecting from you. We went to rehearse at the violinists house where we were going to play for Fabian the first time. I had to bring the toy piano with me and while we were carrying it around, there was so much rain, by the way, which didn´t make it easier, but a fun thing happened was when the toy piano fell on the ground in the staircase. It completely fell apart. All the notes fell out and everything went everywhere! We were all shocked and at the same time we where meeting Fabian for the first time. That was our first introduction, struggling to put the notes back together correctly and hope to god it wasn´t completely ruined and that we could actually use it. But we did it and were able to play it for Fabian. So during this, not only did I learn to play a new instrument but also how to destroy it and put it back together.